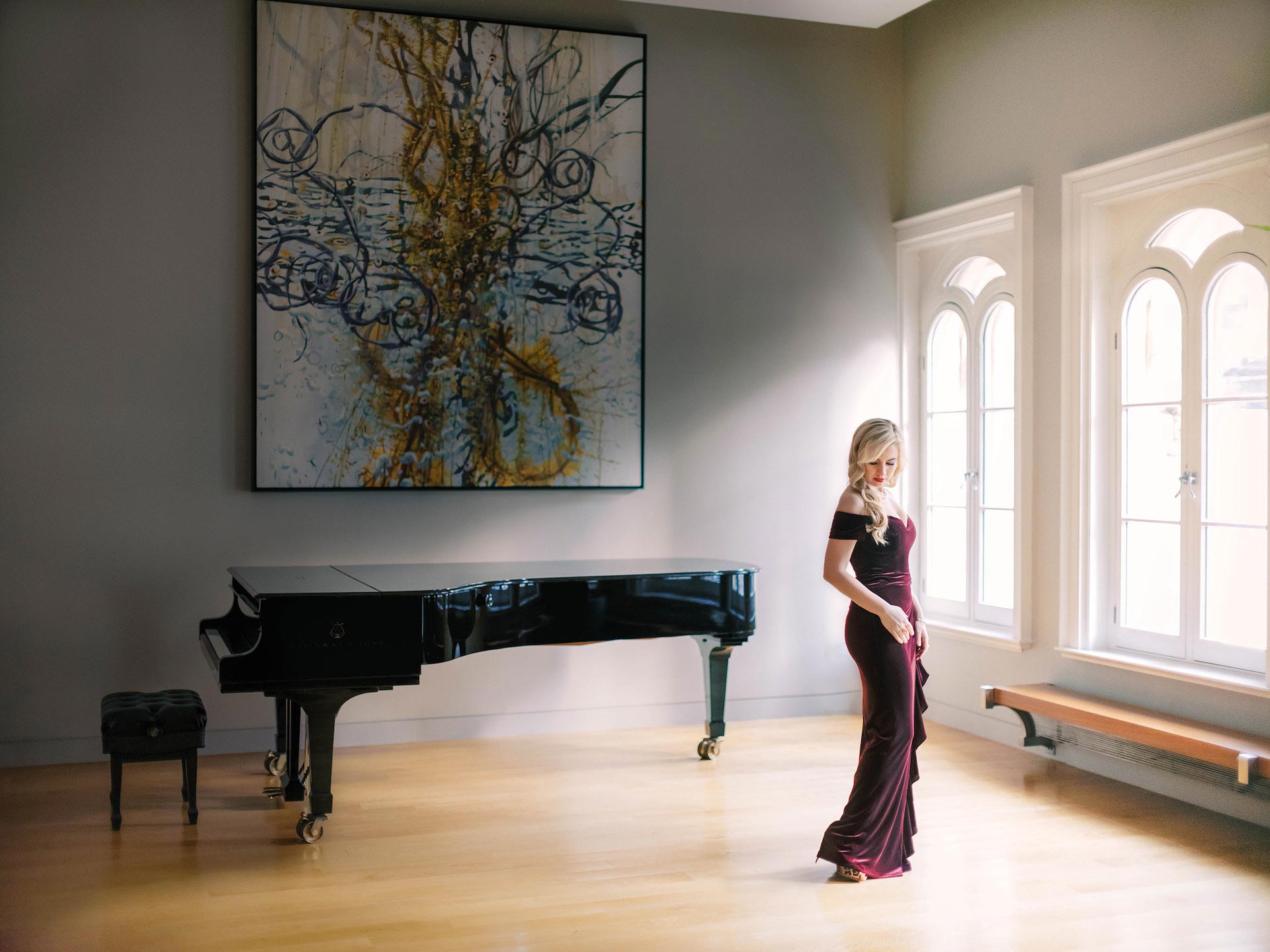 At a time when our thinking about Russia is clouded by evidence of election meddling, authoritarianism and geopolitical hostility, we would do well to step back and contemplate “The Heart of Russia.” Eckart Preu, music director of the Spokane Symphony, did just that in creating the program for the final concert in the orchestra’s Classics Series for 2017-18, with results that were both instructive and inspiring.

Mr. Preu began Friday’s pre-concert talk by asking the evening’s soloist, Russian-born pianist Natasha Paremski, “Is there something about Russian music that (non-Russians) just don’t get?” He plainly expected a reply in the affirmative, and, after insisting politely that music was a universal language, Paremski gave him one.

Yes, she agreed, there are many things about the Russian language, culture, and especially music, that she does not have to think about in order to understand and embrace. They are as natural to her as breathing. So, it turned out, is playing the piano in a manner uniquely suited to the performance of Russian romantic music.

She established this beyond any doubt in a performance of Sergei Rachmaninoff’s Piano Concerto No. 1 in F minor Op. 1 (1891/1917), which left one regretting our language’s meager stock of superlatives.

Again in their pre-concert talk, Preu asked Paremski whether there really was a Russian school of piano playing. The answer is definitely “yes,” and, while Paremski did not mention it, its essential characteristic is to think symphonically about the instrument, and to acquire the ability to coax from it all the variety of color, all the gradations of dynamics and expression of which a symphony orchestra is capable.

In fact, the orchestra’s contribution to the concerto, which began a bit timidly and stiffly, seemed to catch fire from the soloist, whose opening salvo of cascading octaves burst on the scene like the eruption of a volcano.

Paremski’s symphonic thinking and technique were evident in every measure she played, as bits of melody, inaudible in the playing of some very prominent pianists, were teased from Rachmaninoff’s complex score.

When the time came, however, for the demonic cadenza of the first movement, a volume and brilliance of sound emerged from the piano that seemed to dwarf that of the full orchestra.

To encounter the like, one would have to set aside today’s stock of fine young pianists, and turn to the piano titans of the past, to the likes of Vladimir Horowitz, Josef Hofmann, and, it must be said, Rachmaninoff himself. In selecting an encore, Paremski chose another work by Rachmaninoff, his Etude Tableaux Op. 39 No. 5, which she dispatched with the ease and freshness of someone coming to the the keyboard after a week’s rest.

As preparation for the Rachmaninoff concerto, and for the First Symphony of Tchaikovsky, which concluded the concert, Preu opened the program with Kamarinskaya (1848), by Mikhail Glinka, who is generally recognized as the originator of distinctly Russian music for both the concert hall and opera stage.

And indeed, one heard in Kamarinskaya all of the main attributes of the works that followed it: not only the characterful folk melodies, but the colorful instrumentation and propulsive rhythms that we use to identify music from “the heart of Russia.”

In the last movement of his First Concerto, Rachmaninoff seems to quote a prominent rhythmic motif in Kamarinskaya, and a delightful trio for oboe, clarinet and bassoon in the Glinka piece finds a clear echo in the second movement of Tchaikovsky’s Symphony No. 1 in G minor Op. 13, subtitled “Winter Dreams” by the composer.

While Tchaikovsky labored mightily to force his matchless gifts for melody and instrumental color into the restrictive confines of symphonic form, this weekend’s audience was able to ignore the structural shortcomings of his First Symphony, and enjoy its many beauties.

Following the aforementioned wind trio, rendered exquisitely by Bruce Bodden (flute), Keith Thomas (oboe) and Lynne Feller-Marshall (bassoon), the violins of the Spokane Symphony, led by concertmaster Mateusz Wolski, came into their own, providing lush tone when called for, or an effect of icy desolation, as Tchaikovsky demands in the second movement.

The four movements of the symphony trace a psychological progress from fitful loneliness and fragility to a sort of robust, assertive self-confidence that the composer was able to achieve only in his art. This progress is reflected in a less inhibited use of the full choirs of the orchestra, as in the long, soulful song passionately intoned by the cellos and their principal, John Marshall, so touching that it might have merited a separate place on the program.

When, in the symphony’s final pages, Tchaikovsky turns the orchestra loose as only he can, with cymbals crashing, trumpets crying and all strings at fever pitch, the audience could not help but feel grateful for the gift represented by their presence in our community, and eager to experience what next season holds in store.