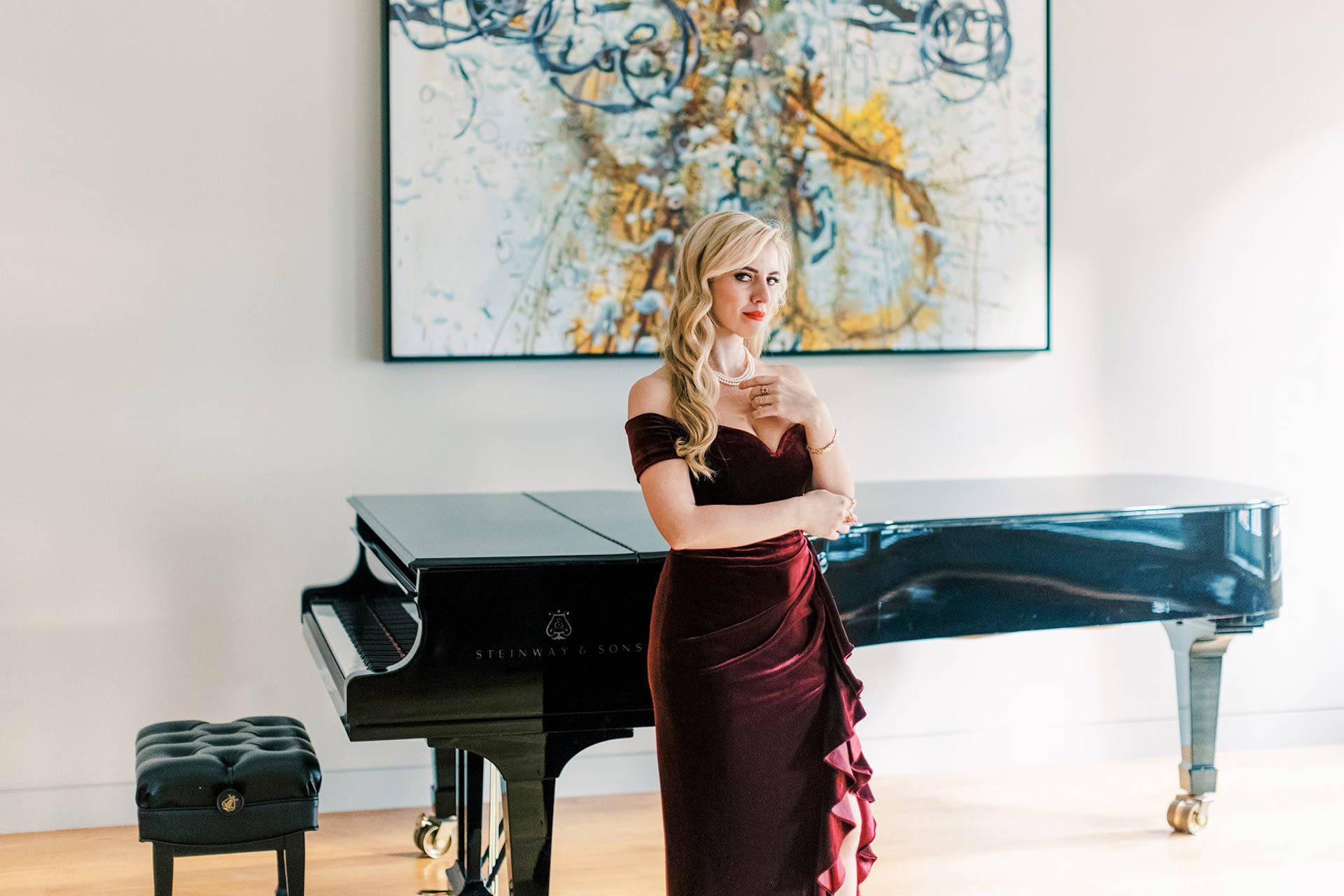 At the bequest of late founder and Artistic Director Emeritus Elena Leonova, the Board of the New York Piano Society is pleased to announce Natasha Paremski as our next Artistic Director effective immediately. Natasha is a long time trusted member of our extended NYPS family. Born in Moscow, she continues the legacy of the great Heinrich Neuhaus Russian school of piano playing that was also Elena’s musical training and admired pedagogy. A kindred spirit with Elena in many ways, we are excited for Natasha to carry the torch and propel NYPS into the future.

With her consistently striking and dynamic performances, pianist Natasha Paremski reveals astounding virtuosity and voracious interpretive abilities. She continues to generate excitement from all corners as she wins over audiences with her musical sensibility and powerful, flawless technique.

Natasha began her piano studies at the age of four with Nina Malikova at Moscow’s Andreyev School of Music. She then studied at San Francisco Conservatory of Music before moving to New York to study with Pavlina Dokovska at Mannes College of Music. Natasha made her professional debut at age nine with El Camino Youth Symphony in California. At the age of fifteen she debuted with Los Angeles Philharmonic and recorded two discs with Moscow Philharmonic Orchestra.

Natasha’s range as a performer has often extended beyond the traditional concert hall. In December 2008, she was the featured pianist in choreographer Benjamin Millepied’s Danses Concertantes at New York’s Joyce Theater. She was featured in a major two-part film for BBC Television on the life and work of Tchaikovsky, shot on location in St. Petersburg, performing excerpts from Tchaikovsky’s First Piano Concerto and other works. She collaborated in Twin Spirits, a  theatrical project starring Sting and Trudie Styler, written and directed by John Caird, the original director of Les Misérables, which explores the music and letters of Robert and Clara Schumann. A Steinway Artist, she has recorded several works for the brand’s revolutionary new Spirio technology.