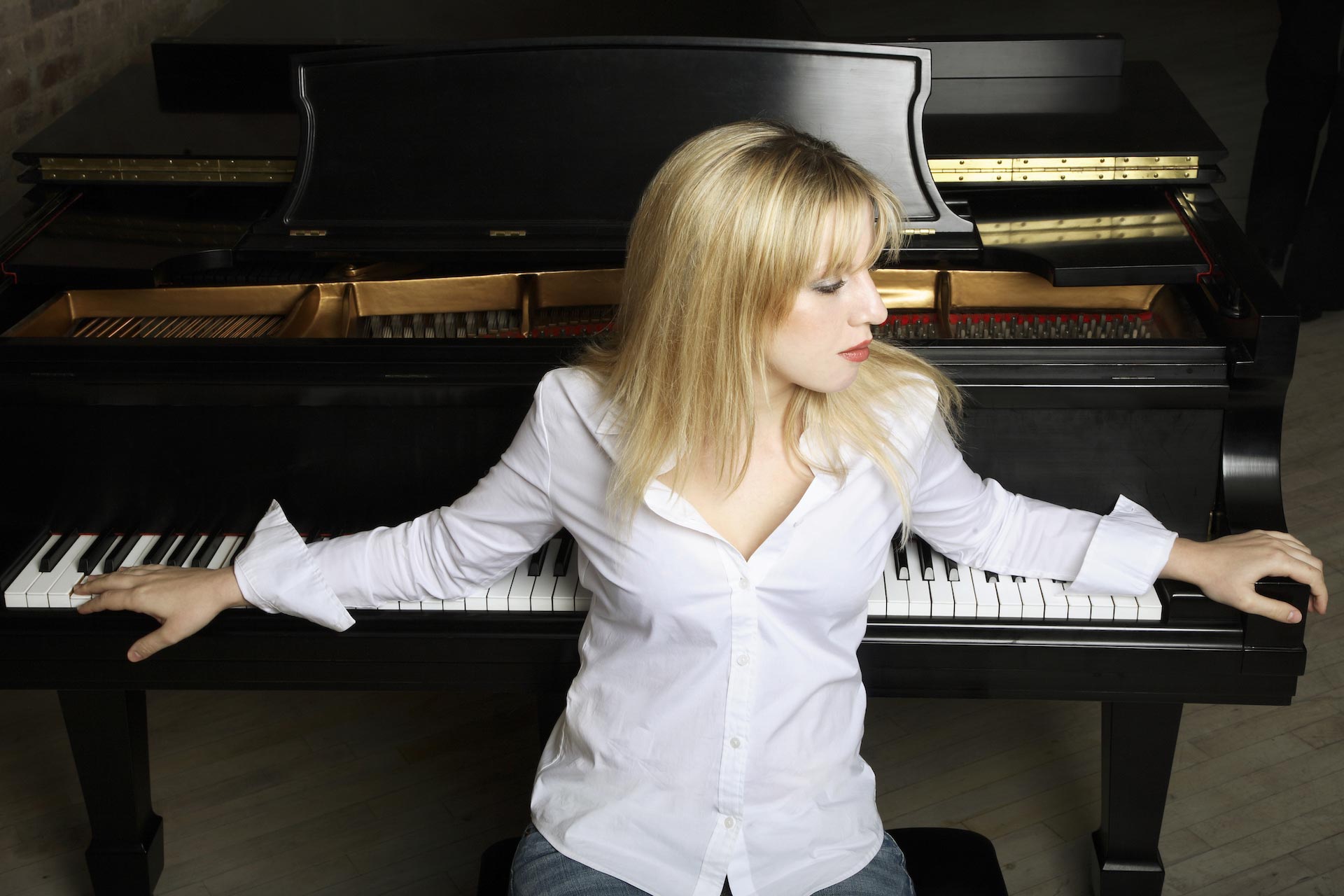 There is both an art and a logic to the program arrangement of concerts, a fact that this weekend’s Knoxville Symphony Orchestra Masterworks audience apparently appreciated. While symphonies are generally saved for the end due to their length and dramatic impact, KSO music director Aram Demirjian flipped the usual order and began with Antonin Dvořák’s Symphony No. 7 in D minor.

While the Dvořák Seventh oozes with character and thematic richness, it generally takes an un-deserved back-seat to the more frequently performed Eighth and Ninth (“From the New World”). In fact, the KSO has performed those two symphonies in the last two years. Still, the Seventh is a masterpiece of construction, albeit one of dark chocolate and complex moods, tinged with moments of unease and intense reflection. While Dvořák’s dramatic journey is through a troubled landscape, his finale optimistically suggests a brighter future and the possibility of triumph over darkness.

Demirjian’s direction stayed away from the very darkest of moods, instead counting on the drama and ominous romanticism for its degree of brooding seriousness. The woodwind textural moments, certainly there to balance the mood, got plenty of attention and, in return, offered superb performances from both principals and sections—principal flute Hannah Hammel, principal oboe Claire Chenette, principal clarinet Gary Sperl, principal bassoon Aaron Apaza, and principal horn Jeffery Whaley. Those same woodwinds, joined by bold strokes of brass and timpani underlined by intensity from the strings, gave the finale its glorious impact, made all the more suggestive by the final chord that contains a major third—offering a ray of hope.

There’s also a ray of hope, of sorts, in Jessie Montgomery’s incredibly intriguing Records from a Vanishing City that opened the second half of the concert. Although the KSO has previously performed Montgomery works on a couple of occasions, this 13-minute work carried a rather specific sense of nostalgia that seeps into one’s consciousness. The work stemmed

from Montgomery’s nascent years on New York’s Lower East Side, a neighborhood that has undergone tremendous changes of character over the last 40 years. And, “Records” refers to the piece’s dedication to the memory of an older friend, from whom she inherited an eclectic record collection.

There is a haunting folksy quality to the opening passage of Records, a quality that gives way to an ineffable sense of Latin rhythms mixed with jazz, fragments of the composer’s memory of what she had heard, possibly from the record collection, and experienced on the streets of the Lower East Side in the 1980s and 90s. Fragments of memory are also portrayed by a number of solo instrumental moments, including a Copland-esque one from oboist Chenette, gorgeous muted trumpet reflections from Phillip Chase Hawkins, impressionistic violin from concertmaster William Shaub, and mellow richness from bassoonist Apaza.

Demirjian’s inverse programming suggested that Edvard Grieg’s Piano Concerto, with pianist Natasha Paremski, would be a show-stopper—and that’s exactly what the KSO audience received. Even though the Grieg concerto is frequently played, and listened to with enthusiasm, Paremski brought a decisive freshness to her interpretation that was bold and demonstrative without being overwhelming, and beautifully Romantic without the dynamic fuzziness that comes with that territory.

Paremski’s first movement’s cadenza was a superb joy, delicious in its smoothness and perky in its details and punctuation. The movement also bubbled with captivating communications between the piano and the orchestra, not a dialog in the strict sense, but a satisfying restatement.

The middle adagio movement was only moderately slow by comparison, but this was certainly in keeping with the upbeat performance. The finale movement came right back with a bold tempo, that allows the composer’s rhythmic theme, proclaimed boldly here by Paremski with a clever tug and go, to keep the audience entertained. A second theme interlude, introduced by the flute (principal Hammel), then picked up by the piano, was equally captivating. The return a tempo begins a power surge that sparked, and sparkled, and, as if one couldn’t guess, ripped the audience from the safety of their seats, willing to show Paremski, Demirjian, and orchestra their appreciation.