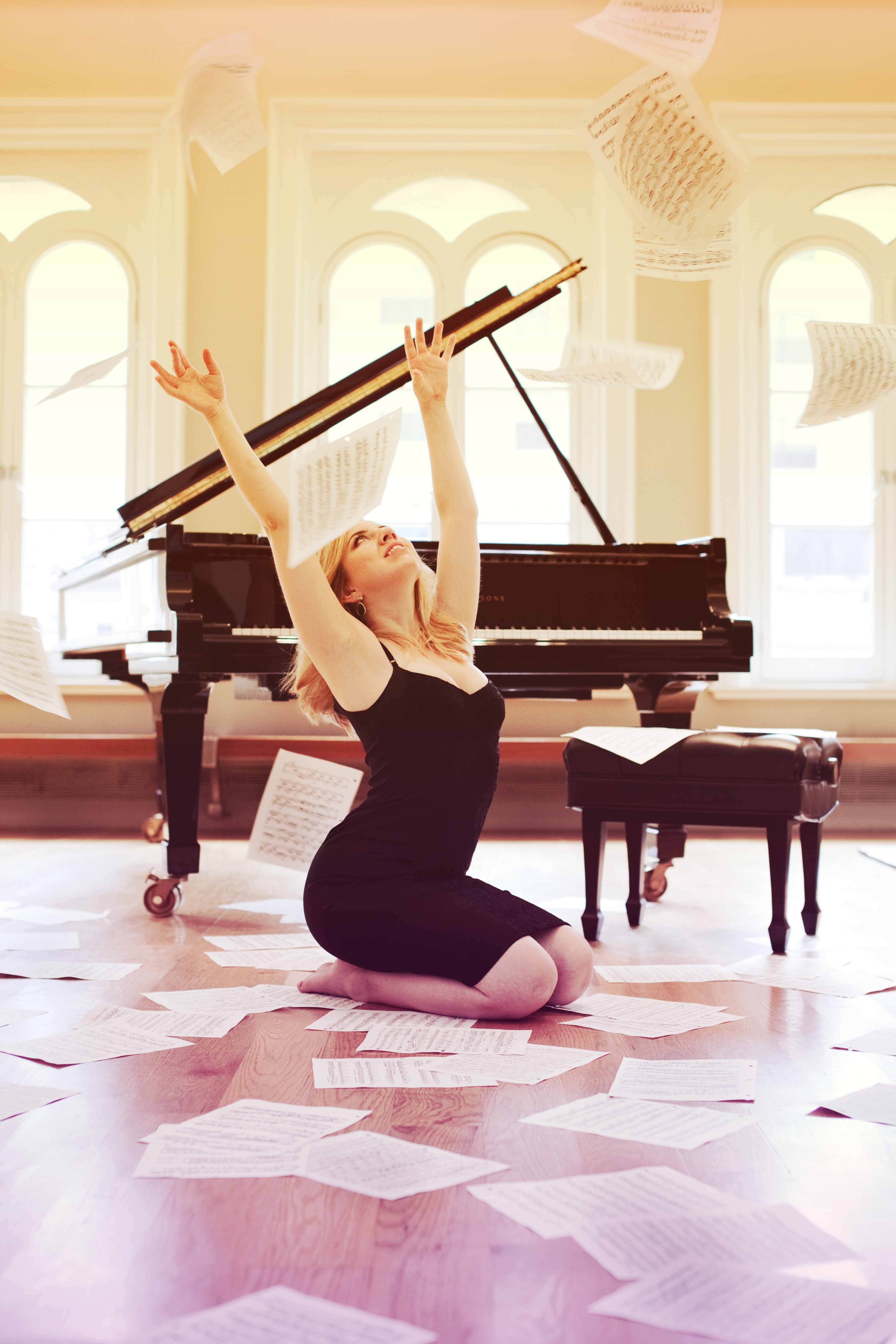 Princeton Symphony Orchestra turned its attention to music of Russia in the second performance of the ensemble’s Classical Series this past weekend. Guest Conductor Bernhard Gueller and the Orchestra successfully delved into music of 19th-century Russian titans Mikhail Glinka, Sergei Rachmaninoff, and Pyotr Ilyich Tchaikovsky in a pair of concerts featuring guest pianist Natasha Paremski. Saturday night’s concert at Richardson Auditorium (the performance was repeated Sunday afternoon) not only showed Paremski’s virtuosic and dynamic technical skills and expressiveness, but also the lush orchestration and chromatic harmonies of 19th-century Russian symphonic music.

The central piece of Princeton Symphony’s concerts this past weekend was the second piano Concerto of late 19th-century Russian composer Rachmaninoff, bracketed by a spirited opera overture by Glinka and a monumental symphony of Tchaikovsky. Composed between the fall of 1900 and spring of 1901, Rachmaninoff’s Piano Concerto No. 2 in C Minor, Op. 18 was premiered in its entirety in November 1901, and coincidentally earned the composer the prestigious 500-ruble Glinka Award, named for the composer whose Overture to Ruslan and Lyudmila opened the Princeton Symphony program. In this work, Rachmaninoff followed the classical concerto form, but augmented it with sumptuous orchestration and a full exploitation of the piano’s Romantic capabilities. Featured as piano soloist in these performances was Moscow native Natasha Paremski, who has been playing professionally since the age of 9. After earning a degree at New York’s Mannes College of Music, Paremski embarked on an international career which has brought her musical passion and technical virtuosity to all corners of the world.

Paremski began the first movement of the Concerto with pensive chords ever increasing in intensity before launching into dark and ominous arpeggios punctuated by strong bass notes from the left hand.  All three movements of the Concerto had a somber and brooding underscoring which seemed to reflect the period of Russian history in which Rachmaninoff lived. Gueller and Paremski both effectively brought out the ebb and flow of the music, with Paremski continually keeping an eye on the Orchestra to coordinate timing and musical effects. Paremski was fiercely intense as soloist, but also found gentle resolutions leading to quieter sections of music. There were many moods and dynamic shapes within this work, and both soloist and Orchestra found them all. Paremski’s technical skills and fluidity at the keyboard were dazzling, especially in her control of a decrescendo in a series of 32nd notes in the top registers of the piano and her articulation of upper octaves.

The intensity and passion of the Rachmaninoff Concerto were continued in Princeton Symphony’s performance of Tchaikovsky’s Symphony No. 5 in E Minor, Op. 64. Conducting from memory, Gueller began the four-movement work in a solemnity that was yet full of hope, again taking his time to place cadences and milk Romantic phrasing from the melodic lines. Gueller easily brought the Orchestra up to full volume in the first movement, contrasted with light winds and a folk-like flavor provided by bassoon soloist Brad Balliett. The Orchestra consistently played with a great deal of rhythmic precision, led by Gueller’s very clear and defined conducting gestures. The second movement andante cantabile is renowned for its luxurious hsorn solo, which Lundeen played with grace and seamless phrasing, as Copeland’s lilting oboe solo added a bit of joy to the movement.

Presenting monumental two concert programs two weeks apart would be a challenge for any performing ensemble, but Princeton Symphony Orchestra has begun their 2019-20 season with brilliance, showcasing dazzling soloists and the depth of the Orchestra’s playing talent.